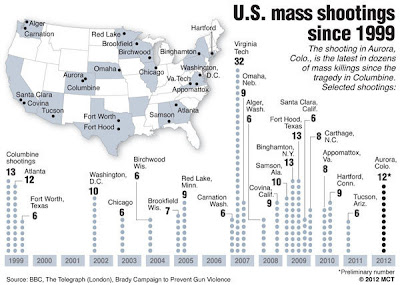 No other country has the unfettered access to guns that we do. No other country has the amount of gun related deaths that we do. No matter how you feel about guns & gun control at some point you at least have to concede there's a correlation. To deny this and cling to the notion that guns aren't the problem, people are the problem is disingenuous.

We've got to address both sides of the problem, but for the most part nobody addresses either. Until there is a serious discussion of the issues on the table, I guess we'll just keep seeing these almost weekly mass shootings. How can we be OK with that?

We sometimes question the authenticity of our personas and relationships on the internet.  I follow too many people on social media, some of them I know too much about perhaps, but for the vast majority due to the volume of the water in the river of information I know little about at all.  Another part of the issue is that I've never been one to truly master the 'social' part of social media.  I assume most people are playing a modified character based on who they see in the mirror and what we are seeing is either a role or an alternate version of reality.

I bring this up because I witnessed something that was too damn real today.  Someone who I 'follow' but never really interacted with tweeted: @fedge Goodbye. Reading this gut wrenching information while being powerless to do anything about it was as real as anything gets.  An attempt to find him played out on line, but by the time they reached him it was too late since apparently he had queued up his posts and had been gone for some time.

This is the second time I've witnessed something like this play out on social media.  The first time was by someone who was likely just an attention whore and may not have been a serious attempt, but those who knew and cared for her didn't know it at the time and took it seriously.  That being said, I'd prefer the emotional roller coaster of those events to the finality that played out today.

Blogging from the bathroom would be more accurate.  Just because you can do something doesn't mean it's a good idea to do so.  But when did that ever stop me?

But I leave you with one question: if suicide is killing oneself, what the heck is hospicide? 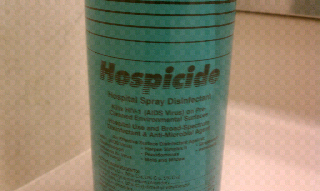 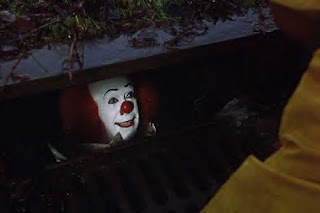 Why can't I acknowledge the obvious and just admit that this is over?  Denial takes many forms I guess.  I keep hoping that this will be like the villain in those horror films that you think has been vanquished, but somehow miraculously comes back.  But you wait right here, I'm going to go check out the basement.
|| JM, 9:47 AM || link || (0)||comments|| Email this link: True, and for the life of me I don't even know why I would need yet another social network. Yet it holds an odd appeal. At first it was the appeal of the forbidden, since you couldn't get an invite. But now that I'm there I must concede it has a nice feel. We'll have to see if the novelty wears off, or if that changes once the riff-raff arrives.

But just as my participation here dropped off once I discovered Twitter, it's inevitable that one of my current social media outlets will suffer if this catches on. I'm not placing any bets. Anybody remember MySpace?
|| JM, 7:28 PM || link || (3)||comments|| Email this link: 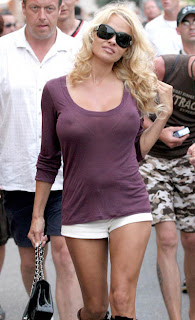 I keep toying with a return to blogging either on this platform or on Tumblr. But I'm haunted by two thoughts. The first is that I find myself with little substantive thought to share on existing social media outlets. But the second is by far more sobering. On occasion I actually look at blog stats. (When I get bored I guess, so you would think that would be more often.) But when I see what has drawn the most pageviews in the past, I'm humbled to find that the biggest chunk of people viewing my blog were searching for "Pam Anderson's nipples." So there ya' go.
|| JM, 11:04 AM || link || (2)||comments|| Email this link:

There was a time when this was a daily habit. Not necessarily a good one, but a habit nonetheless. Life events and shifting social media habits made this a place I visit less frequently. But I just can't pull the plug. I keep thinking that I could use this as a place to share more personal musings like I see others doing with Tumblr.

Ah, but there's the rub. Being able to share personal thoughts is something I've never done very well. Consider this a baby step. Maybe there will be more, maybe not.
|| JM, 9:53 AM || link || (1)||comments|| Email this link:

I was wondering just what it might take to get me to hit the old blogosphere again. Looks like I found a cause, heartbreaking as it is...

Jason, aka @gorillasushi, aka mega-talented designer, intrepid Chicago(ish) planner, and all-around awesome human, recently lost his wife after weeks of in a medically-induced coma. In the wake of this unspeakable loss, he is left with mounting medical bills from her inpatient treatment, surgeries, and weeks of hospitalization, in addition to funeral expenses and having to sell their home in an awful market.

Nobody should have to bear all of this alone. Money is tight for many of us, but if you’d like to help our friend during this difficult time, please consider donating. No amount is too small, and every little bit will help. If you have any questions about this fundraiser or other ways in which you can help our friend, contact Toni/frageelay at tonitravelsgmail.com. 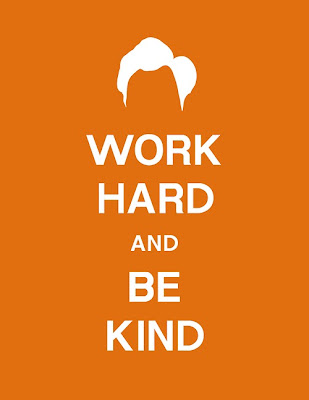 "All I ask of you is one thing: please don't be cynical. I hate cynicism -- it's my least favorite quality and it doesn't lead anywhere. Nobody in life gets exactly what they thought they were going to get. But if you work really hard and you're kind, amazing things will happen." 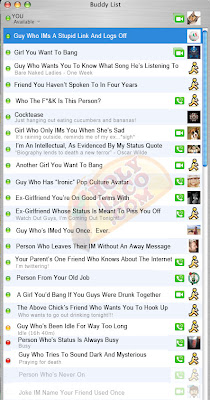 Could it be that the new year brings a new and invigorated attitude towards blogging? Perhaps, but don't count on it. Recently I haven't even had the energy to tweet, much less something more long form. But yet, like a kid who rediscovers an old toy finding that it still works and still brings joy, I find myself considering picking up THIS old toy. Still too busy to make that happen, but we'll see.
Tags: pointless rambling
|| JM, 9:50 AM || link || (0)||comments|| Email this link: